Shopping Basket
Your Basket is Empty
Quantity:
Subtotal
Taxes
Delivery
Total
There was an error with PayPalClick here to try again

Thank you for your business!You should receive an order confirmation from Paypal shortly.Exit Shopping Basket

A Promise is a Promise

Like many people around the world I set my alarm to rise early and witness the Royal Wedding. I loved that Harry & Meghan chose Windsor as the location. As I watched, it brought back memories of my visit to Windsor many years ago.

This picture has one very important story behind it .... it reflects the determination and teamwork of eight individual who made their dreams come true. 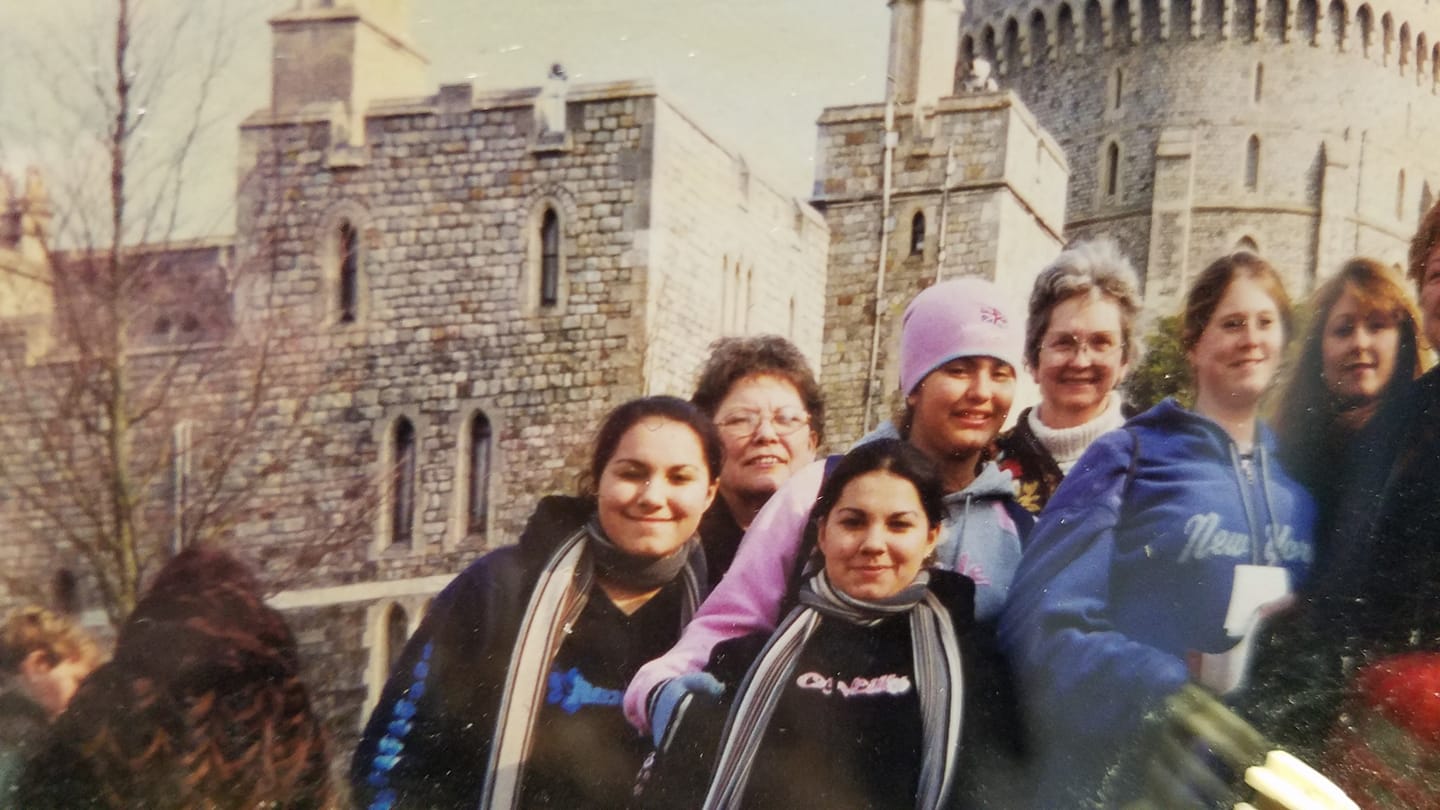 Let me start by telling you a little bit of the back story. I (pictured far right) had been a volunteer scout leader in a tiny coastal city (population 1,400) along the Texas Gulf Coast for over 10 years when this picture was taken. I started leading when my daughter was only 4 years old  because I saw there was a rise in teen pregancy, high school drop out numbers were rising and I did not see any resources for girls in my community. So it was either let my daughter be a statistic or provide more opportunies... I chose the later.

To keep the girls in my troop coming back year after year I incorportaed lots of travel opportunities into the program. I told the girls that if they would stay out of trouble, get good grades and do their best each year that I would take them anywhere in the world they wanted to go when they reached high school. In the Fall of 2003 we were all seated  togther brainstorming activities for the year as we did each September and the girls reminded me that they were entering their freshman year of high school which meant I had to deliver on the promise I had made to them many times over the years.

"Yes, you can go anywhere in the world!" was exactly what I told the group of teen girls sitting across the table from me that September in 2003. Without hesitation I continued, "A promise is a promise!" By now they were all jumping out of their seats with excitement as I tried to finish telling them: "I told you I would take you anywhere in the world if you completed a ten year commitment to the program, and you have done that so where are we going girls?" They didn't waste any time making suggestions, yelling out their dream travel destinations. "London, Paris, Rome, Australia" they shouted out. With the feeling that I definitely had my work cut out for me, I replied boldly, "Well then, London and Paris it is girls!"

After making our plans official, we began a year of preparation for the group trip to England and France. Fundraising projects, learning about the places we were traveling to, attaining passports, selecting the right wardrobe and even learning to pack efficiently were all tasks we completed before the seven hour flight to London would take place. Our journey to another county was thought to be a "once in a lifetime opportunity" for all included, as well as myself but it turned out to be the first of many trips I would plan and host to Europe, as well as the continental US.

Seeing the world through the eyes of young people is personally fulfilling. They become more aware of world issues, make connections with people from different cultures, experience different languages, and become well rounded individuals. If you would of asked me as a teenager, if I would travel to London or Paris in the future my answer would have most likely have been -NO.

Now, many years later I can reflect on the lessons I learned about leadership, mindset, planning, implementing, marketing, and accountabilty through my own experiences with them.

The moral to the story is YOU can make anything happen as long as you BELIEVE you can.

Oops, you forgot something.

The words you entered did not match the given text. Please try again.